I arrived back from Oshkosh and got lots of new ideas. I had a privilege to talk to many aerodynamics people and also aircraft designers. I met professors, homebuilders etc. It was awesome. I was listening to John Roncz's presentation about how high L/D he achieved in this and that airfoil and attempted the same. I did not get yet 75% laminar flow, but quite close - 70% with thickness 15.72%. I think there could be opportunity for even higher L/D by reducing the thickness but I wanted it to be as thick as I could make it as possible for structural reasons. Thick airfoil also has more volume for storing e.g. fuel.

The airfoil can be downloaded here: KS-70PLAMINAR.dat. 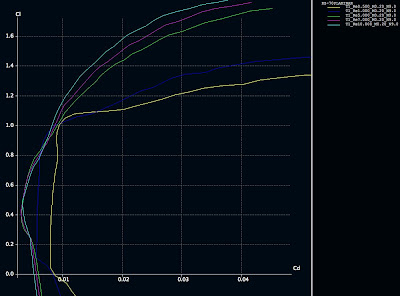 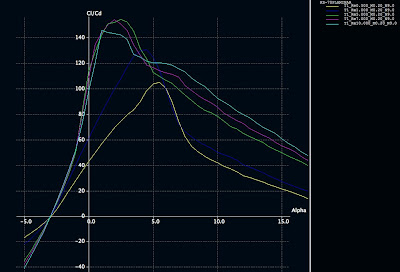 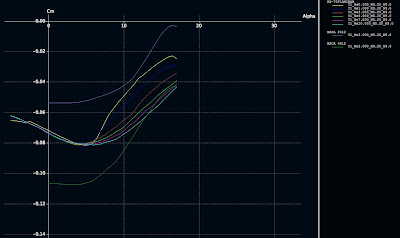 I will build RC scale model of this airfoil and test it with RC plane. At RC scale it will be a bit worse than best thin turbulent airfoils, but according to simulations, the polars are smooth to low Re which is desirable of course and this airfoil reaches at least the same Cd at the low Re than NACA 2415 unlike some other laminar airfoils.

Kind of unrelated, but couldn't see how to send message. I am looking for a CNC compatible homebuilt aircraft design.

While any design could be done on CNC, I am looking for a sort of "flat pak" design that could be cut with great precision and then sent to builder to be fitted together quickly.

The facetmobile would work; but no plans are being offered. Wondered if you had heard of one?

I don't know such kit. Barnaby Wainfan's facetmobile as a kit would be exactly that though, but it has not been productized as kit, as it would need some funding for that to happen.

you KS-70 looks quite promising. Unfortunately, the link is broken. It would be great, if you could upload the coordinates again.

What airfoil is your design based upon?

p.s.: great blog it's good to see that others have similar ideas in some fields of aircraft design :-)

you KS-70 looks quite promising. Unfortunately, the link is broken. It would be great, if you could upload the coordinates again.

What airfoil is your design based upon?

p.s.: great blog it's good to see that others have similar ideas in some fields of aircraft design :-)

Hi Karoliina, my name is Jorge Feliú and I am from chile, South America.
I am a Radio control modeler and witha Geophisic friend we are invelved in develop an UAV to do Aerial Magnetometry by means of a UAV. For that I have been looking at the web to find the correct airfoil, and your KS416 appears, but I have not the data for this airfoil.
Could you help me??
Jorge-feliu@hotmail.com

Hi Karoliina,
I need help on your KS416 airfoil.
Please where can I find data about that Airfoil??
joranfel@gmail.com
jorge-feliu@hotmail.com